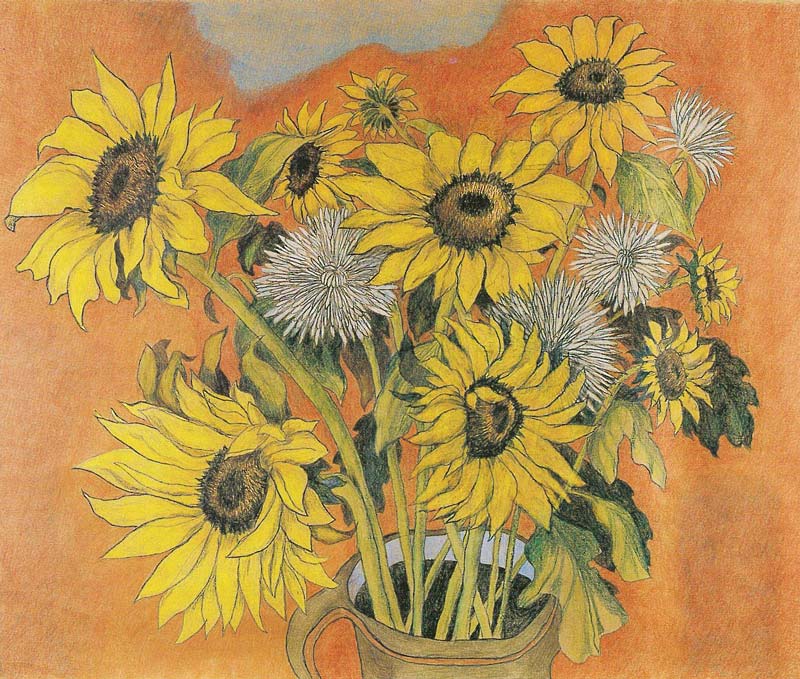 The 15 drawings I painted in 2000 with Indian ink and watercolors include thereon 15 poems from “Les Fleurs du Mal” by Charles Baudelaire,  handwritten in their original language, while at the same time I wrote next to them their Greek translation, made by me. They are works that I painted during days and especially nights of a winter, trying to keep the smells and images of the East. The letters and the words are incorporated into the paintings, because I know how much writing is also a creation and an art. I begin with “L’ Invitation au Voyage” (Invitation to the Voyage), a poem so beloved already since the years of adolescence. I continue with “L’ Homme et la mer” (Man and the Sea), “Le Vin des Amants” (The Lovers’ Wine), “Le Voyage” (The Voyage) and others. The last painting is a farewell to the ending millennium and was created based on the poet’s poem “The Lighthouses”. I painted the portraits of the 8 painters of whom Baudelaire talks in his verses: Rubens, Leonardo, Rembrandt, Michelangelo, Watteau, Goya, Delacroix. I added the portraits of: El Greco, Van Gogh, Picasso, Frida Kahlo, Yannoulis Chalepas, de Chirico and the figure of the Anonymous and Unknown Artist.

The Garden: Pastel paintings on paper, which I presented in 2006 along with older works of mine in the Municipal Art Gallery of Mykonos.