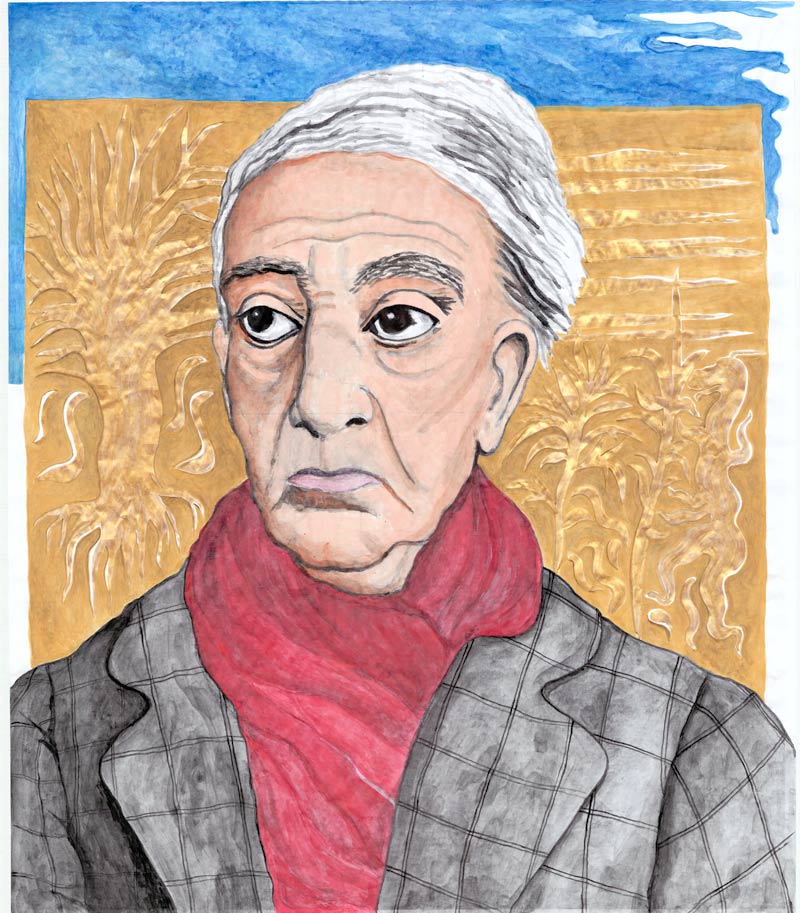 During fifteen years I created three unities of works on Cavafy’s poetry.

The 2005 paintings the lines of the poem “Ithaca” and express the feelings and the emotions during the journey of life towards Ithaca. They are oil paintings on wood: thirteen paintings of a wooden iconostasis. In the beginning, the Nile, then the fears in front of the enemies and the unknown, the love for the Mother, the fine things, the sensual pleasures and Eros, the coffee houses and the wise men of the East, the arrival at the island, the final round over the Lighthouse of Alexandria, Ithaca is the marvellous journey…

The 24 paintings of 2014 on cardboard with texts and drawings are essentially the 24 pages of a handwritten book with letters and miniatures which can be treated as “Documentation Cards” on 24 historical poems of Cavafy. In these the issue of political power in the Ptolemies, the Romans, the Seleucids and even the Byzantines emerges as a red thread. Each card contains the poem written by hand and extracts from texts of Cavafy’s scholars, the portrait of the “hero” painted and a drawing inspired by the “drama” unfolded by Cavafy in each of his poems. In the last poems one may see the fanatics, the “grey wearing”, around 400 AD. This series of works was exhibited in 2017 in Egypt, at the Bibliotheca Alexandrina, within the frameworks of the 14th Cavafy Symposium.

The 2019 paintings are based on the work of 2014. These are Large Portraits, ready to be set up in the patio of a Alexandrian mansion… The gouache paint Large Portraits are surrounded by symbols and geometric shapes. The first cycle, with the Roman emperors and the Ptolemies, mainly develops around Alexandria and highlights the internal contradiction of the heroes: Julius Caesar, Antonius, Cleopatra, Caesarion, Octavius, Nero and Galba, the Roman general Pompey. The second cycle is that of the Seleucids, which moves around Antioch and where speculation dominates as to which should be the attitude towards the Roman Empire: Antiochus III of Syria, Antiochus Epiphanes, Demetrius Soter who resisted and escaped from the Roman prison, Balas, Mithridates, Antiochus of Kommagini, who was praised by Cavafy as “Hellenic”. Finally, the portrait of Cavafy.

All three of the above sections of works on Cavafy were exhibited in January-February 2019 at the Benaki Museum, building of Pireos Street. 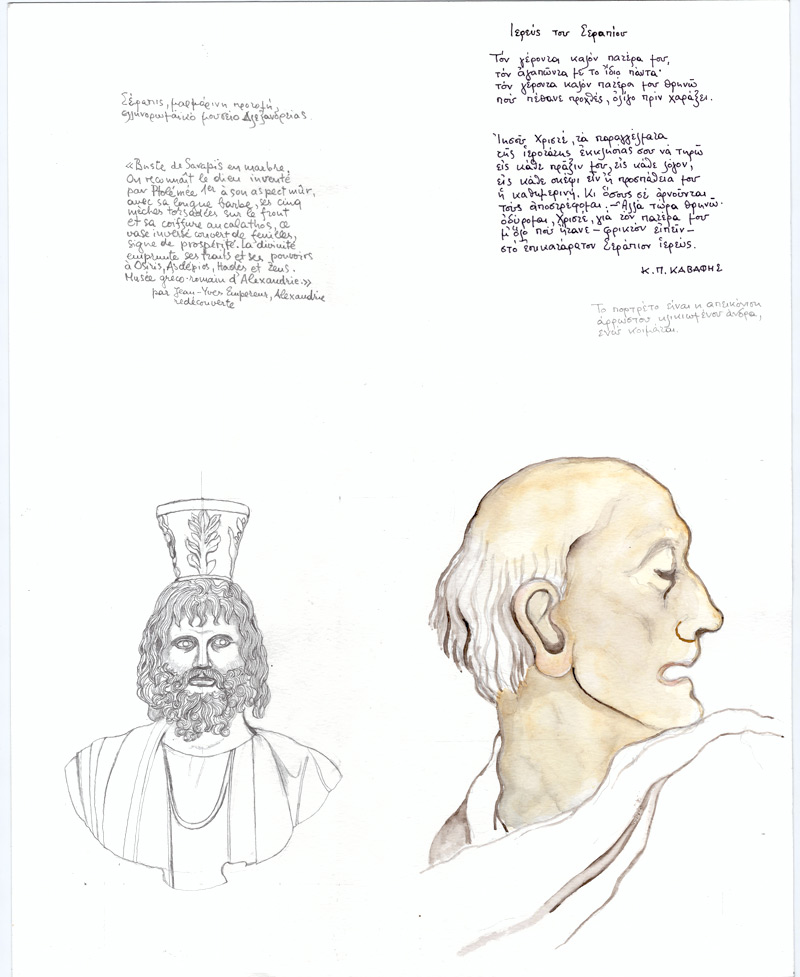 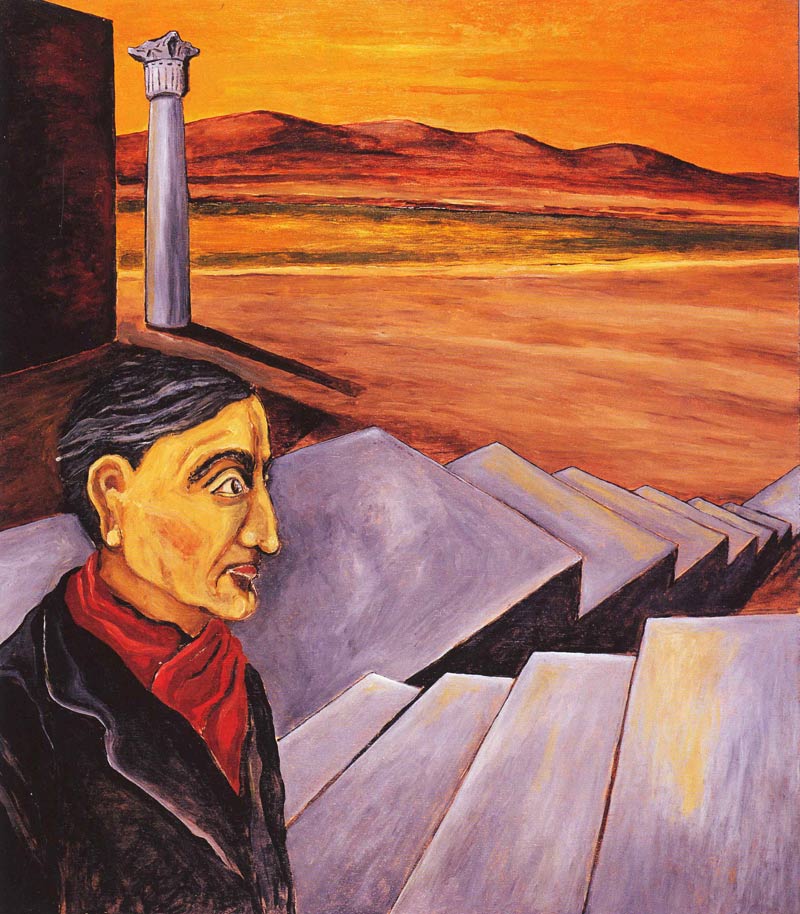 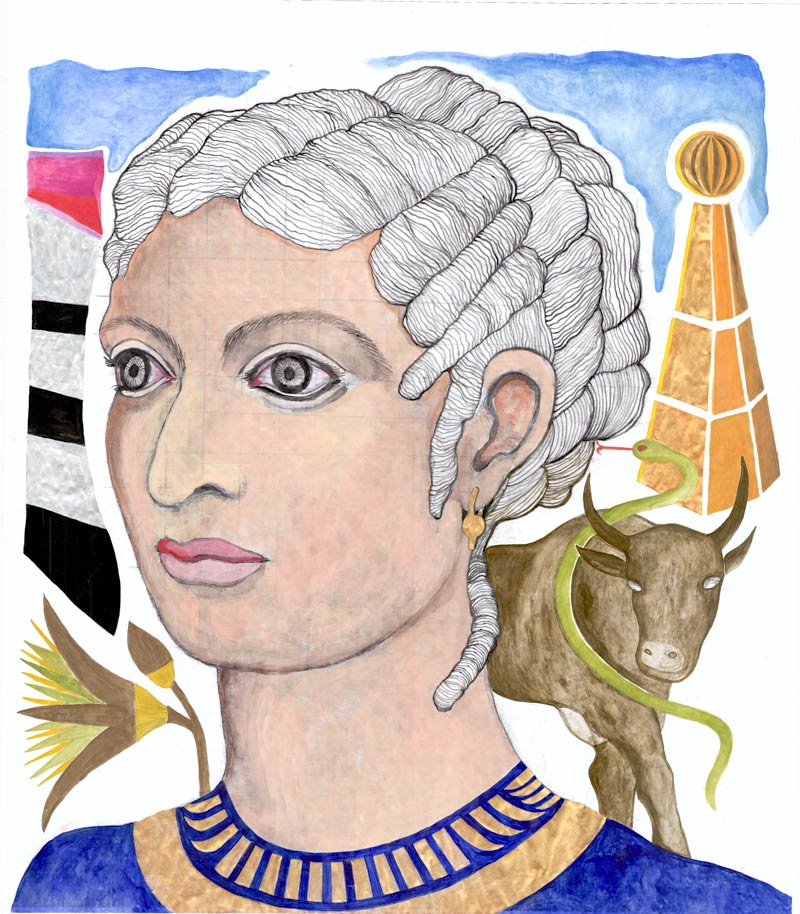